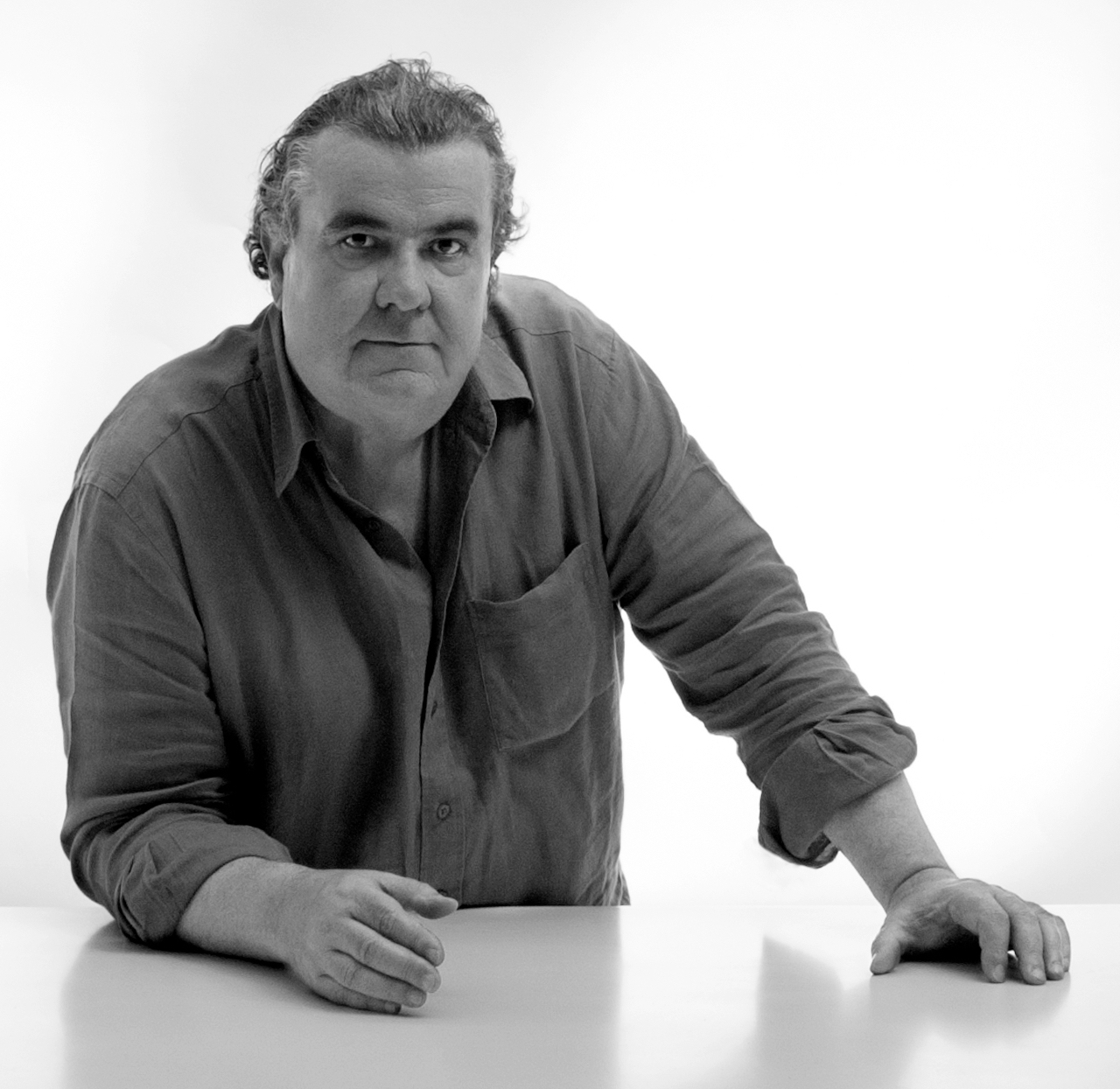 EVERYTHING STARTS WITH A DREAM

Richard Texier was born in 1955, he lives and works in Paris. Today he is widely regarded as one of the best living artists of his generation.

He began painting at a young age and his keen interest in the history of astronomy largely inspired the creation of his own personal cosmography. Theoria Sacra is a later excellent example of his passion. Since 1992 he has created a number of sculpted works, most notably his bronze mythological animals which have contributed to his interpretation of the concept of hybridisation.

His current work is based on the Pantheo Vortex, an artistic exploration of the mystery and the beauty of the world. His works are to be found in numerous important public and private collections, both in France and abroad. Many major museums around the world have exhibited his work including the National Museum of Taiwan, the National Museum of Luxemburg, the Marine Museum in Paris, the Botanical Museum of Brussels, the House of Culture in Moscow and the Shanghai Museum of Fine Art.

All Photographic Artworks in the Gallery are Courtesy of Richard Texier and subject to Copyrights.

Florian DAVID: Let’s start with your definition of an artist?

Richard TEXIER: To be an artist, is to invent a magic thought process whose goal is to express a singular vision of the world.

TEXIER: If I could answer with words, I would not be a painter and a sculptor.

DAVID: Is it fair to say that Yves Tanguy and Albert Einstein have been huge influences on your creative inspiration and ethos? Had you been able to meet them, what would you have liked to ask them, or say to them?

TEXIER: Yves Tanguy and Albert Einstein died in 1955, the year when I was born. Both have explored the elasticity of the world. They have left us a younger world than when they were born, because they revealed a new dimension, astounding, intuitive, soft, elastic, of reality. I feel I inherited the legacy of their sensitive intuitions, and today I would ask them if they believe in the concept that I am trying to explore in my works called ‘elastogenesis'.

DAVID: You published last year a beautiful auto-biography untitled ‘Nager’ (’To Swim’). I was curious as I was reading, do you remember that moment in your life when you learned to swim?

TEXIER: I learned how to swim in a river where sometimes I could feel the caress of seaweed or the fins of some fishes. This was scaring me more than the idea of drowning, I would have liked to be able to make visible all the creatures that were moving in these dark waters.

DAVID: You spent your childhood in the French Western countryside of ‘Charente' surrounded by water, not far from La Rochelle, learning to boat and navigate the canals, and your Summers at Les Sables d’Olonne by the Atlantic the Ocean.

You say that you were never afraid of anything and you knew your way inside out through the canals. Have you, to this day, managed to navigate life without fear?

'TO MASTER ONE'S FEARS IS ONE OF THE AMBITIONS OF LIFE AS AN ADULT.

TO BE ABLE TO SWIM IN EXISTENCE TO FIND ONE'S PATH.'

TEXIER: To master one’s fears is one of the ambitions of life as an adult. To be able to swim in existence to find one’s path.

DAVID: Your prose reminded me of that of French ethologist and psychiatrist Boris Cyrulnik, who is very good at self-analysis and at deciphering the past to understand the present in someone’s life. You quote that great sentence from Jean-Marie Le Clezio: ‘Principles and Systems are tools to fight against Life’ I think that’s so true!...What  specifically during your childhood would you say caused you to realise how much you disliked social conventions and conformism?

TEXIER: Being so intimate with nature has pushed me further aside from social reality, and allowed me to develop simultaneously a profound acuity towards the essential principles of life. This could have turned me into a person disconnected from society, if at a very young age art had not saved me.

DAVID: Very early you felt a calling to become ‘one’ with nature, didn’t you?

TEXIER: Yes, in my eyes nature is the only receivable model. We should really model all our behaviours in accordance with nature; nature is our matrix and dictates the elaboration of our vision of the world.

DAVID: It is clear from your book that you have an aversion for Communism. Would you agree that Capitalism too has failed?

TEXIER: Yes of course. However, liberalism makes space for the deployment of singularity while communism prevents it. You may have noticed that the first thing that totalitarian regimes do is to constrain artists.

DAVID: Are you advocating or calling for an alternative model, or, asked differently, what would the world be like if an opportunity was given to Richard Texier to sculpt it?

TEXIER: It would be a polyphonic world. Diversity is a natural principle that protects life.

DAVID: Both your great grand-parents with whom you spent a lot of time during your childhood, Marie and Eugene, had difficult childhoods. But Marie was someone extremely energetic and gracious; Eugene too was laughing all the time. I love what Eugene said ''When at the ball, you have got to dance, even if the orchestra is bad’. They taught you the importance of resilience in life? They also taught you empathy? And they taught you that we could make life beautiful?

TEXIER: They have taught me to rejoice about every moment offered to us by life, as it brings us every single day the gift of an enchanted ecosystem.

DAVID: You have a great quote by Henri-Michaud at the beginning of your book, which reads ‘If a contemplative person throws herself into the water, she won’t try to swim but will first try to understand water. And she will drown!’  Is that your opinion, that we humans tend to think way too much nowadays instead of acting? I think for instance of the debate on Climate change, we are still debating aren’t we?…

'I BELIEVE THAT EVERYTHING STARTS WITH A DREAM AND THAT ART IS A GOOD WAY TO INSPIRE COLLECTIVE BEHAVIOURS.'

TEXIER: That is correct, to act collectively is extremely complex. The reason I made the choice to become an artist is to try move forward alone. However, I believe that everything starts with a dream and that art is a good way to inspire collective behaviours. Recently I created a 7 meter high sculpture for the City of Paris (‘Angel Bear’ / Ours Ange) which has been set up across the Gare du Nord (Train Station). That sculpture is a messenger, its colour red is to alert and express its anger to humans who do not know how to respect the splendour of our world; this is what I call the Easter Islands’ syndrome (Syndrome de l’Ile de Paques): we were entrusted with a heavenly garden, which we are about to turn into a lifeless stone.

DAVID: In 1992 Leonid Bajanov, who would become Culture Minister of Russia, invited you to move your workshop to Moscow for a little while. What key learnings did this experience bring?

TEXIER: I enjoy moving my workshop around; for me it is a renewal strategy. At the time, the Berlin Wall had just collapsed, the Great Russia was being reborn. It was beautiful to see a whole people regain hope and slowly extract themselves from the biggest misery-building machine of all times.

DAVID: In 2003 you set up your ‘nomadic workshop’ in China not far from Shanghai. Did you understand then why your friend the great Zao Wou-ki had told you in the 90s that your work was connected to the mythical site of the 'Yellow Mountain’?

TEXIER: Today still I have not yet really understood what Zao Wou-Ki meant when he said that my work was related to the spirit of the yellow mountain. I think that he was referring to one of the oldest myths from China’s Han times, that has inspired artists for centuries and is one of the key parameters in the identity of the Chinese soul. Wou-Ki was seeing me as a spiritual son connected to the pantheistic dimension of existence.

DAVID: In 2004, the Meishu Guan in Shanghai, the biggest Chinese Museum at the time, hosted the works that you produced during your time in China.

What’s the key thing we ought to learn, us westerners, from the Chinese?

TEXIER: The respect of family, of the link between generations, the art of living and a few more principles from Confucius, which to this day still regulate the behaviour of Chinese society.

DAVID: What is your creative process like, across painting, sculpture and photography, and how has that processed evolved since your 20s?

TEXIER: This is a very complex question. One of the principles is to always experiment, evolve, not try to absolutely have got a recognisable style; if the evolution is genuine, style will appear on its own.

DAVID: What was the very first art work that you sold and to whom?

TEXIER: I sold my first painting when I was 16 to a woman called Ms. Brivin, a very elegant woman whose eye had been caught by something in the painting of that young man, and who decided to buy it so as to express her encouragements.

DAVID: Do you collect art yourself?

TEXIER: Yes, always have. I got this advice from Aman, the sculptor: 'Do not be satisfied from just loving the artworks of other artists, buy them, it is a way to affirm your taste, your vision and your adhesion to the type of world that these artists are contributing to give birth to'.

DAVID: Which artist, alive, do you admire most and why?

TEXIER: I love radicality: Richard Serra. Baroque ‘fantaisie’ with Ashley Bickerton. And more generally artists whose works are very far away from mine, which helps me regenerate my recurrent obsessions.

DAVID: The three values in life that you place at the very top of your personal pyramid? 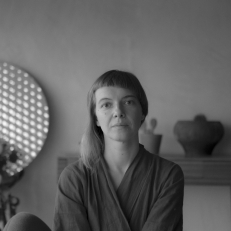 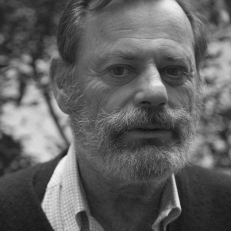 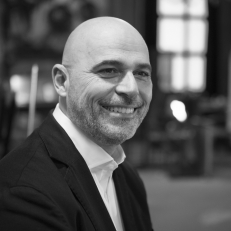 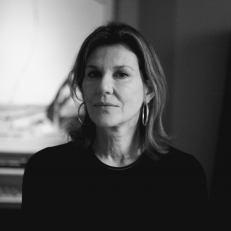 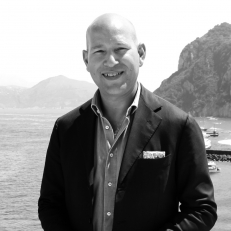 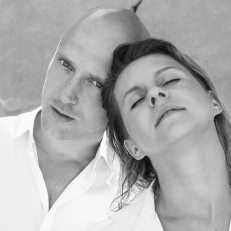 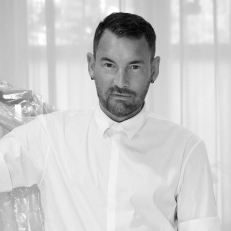 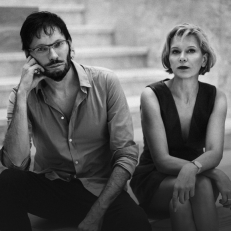 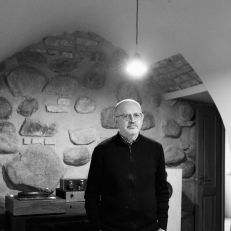 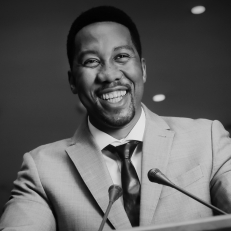